Established in 1999, Stadium was born shortly before the Sydney 2000 Olympic Games, when New Caledonia, already a very sporty nation, suffered from a lack of quality sports infrastructure and in Security.
Respect the European standards of sports infrastructure to be renovated and built.
By the desire to have reliable infrastructures and quality for its population, the Caledonian public services then wanted to deploy sports facilities of quality meeting the European safety standards.
Stadium became the first Caledonian company specialized in
Respecting the European standards as well as the recommendations of the international sports federations.
Stadium: a privileged interlocutor for local authorities
Year after year, Stadium has become an industry leader thanks to its know-how in local communities. Stadium is a privileged partner for the development of playgrounds and recreation areas and is now the market leader and has recently been entrusted by the town of Paita with the creation of the largest playground in New Caledonia.
Stadium: supplier of sports equipment for associations and schools
At the same time, our proximity to the sporting world and the school environment has led Stadium to meet the needs of sports associations and schools in sports and leisure equipment. In 2011 Stadium invested in La Licorne SARL to provide administrations, schools, colleges and High Schools as well as clubs and associations in sports equipment.
Stadium: partner of the 2011 Pacific Games.
The Pacific Games in 2011 allowed New Caledonia to renovate its existing facilities and acquire new sports grounds, sports halls and facilities at national and international levels. Stadium has been entrusted with important achievements and has provided many facilities that have contributed to the success of these Pacific Games, the best ever.

Stadium was founded in 1999 in New Caledonia shortly before the Sydney Olympic Games. This major sporting event, the most important to date in Oceania, has seen numerous sports delegations in New Caledonia.

Indeed, several federations had chosen our archipelago so that their athletes could train in atmospheric conditions close to those they would have to know in Australia.

Our goal: To serve the community to make the Caledonian sports world more efficient and to contribute to the development of regular physical activity of our youngest in a regulatory and safe environment. 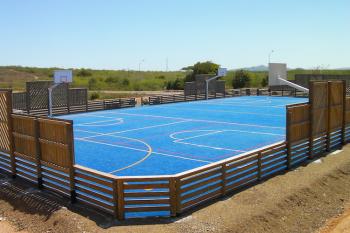 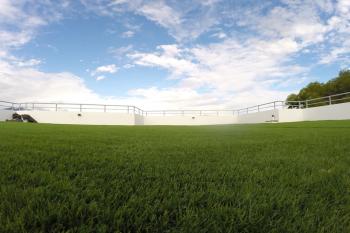 Stadium specializes in stadium and field... 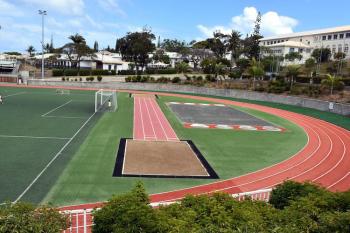 Stadium advises you on the choice of coating: Whether it is...